VIDEO: John Robbins Lays Out Why We Need A Food Revolution 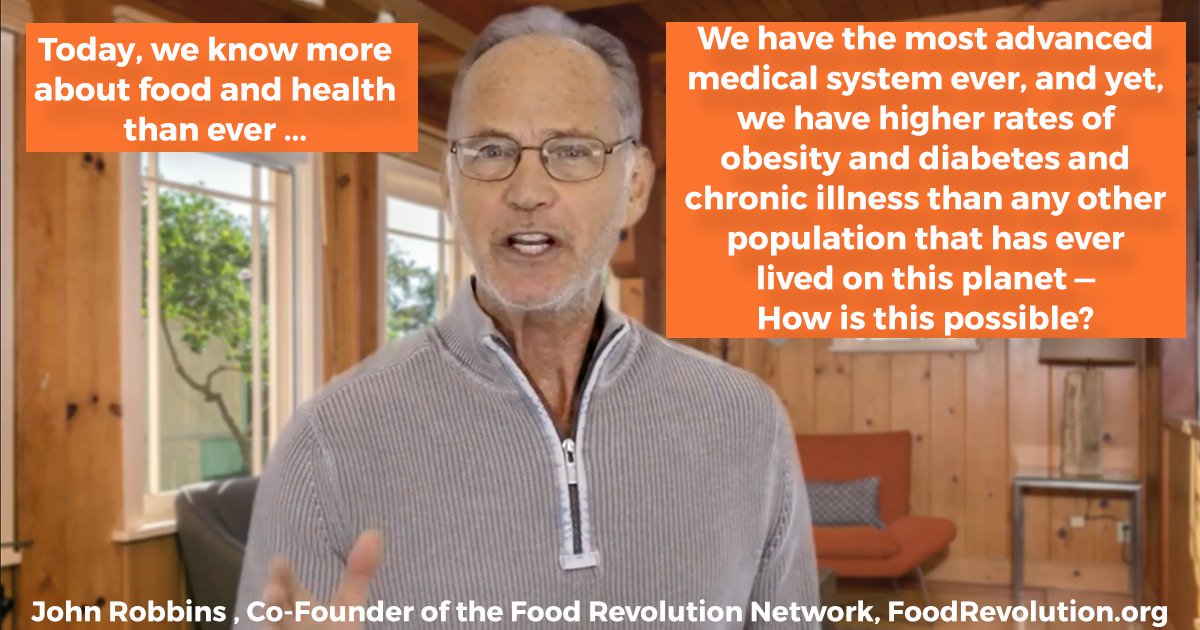 John Robbins is a food legend. His father founded and owned the Baskin-Robbins ice cream empire. Though groomed to follow in his father’s footsteps, John walked away from Baskin Robbins and the money it represented, to follow his own “rocky road” and become a bestselling author on food and health. His books, including the wildly popular Diet For A New America, have sold more than 2 million copies and helped to galvanize the modern food movement.

Over the last three decades, John Robbins’ work has helped to expose the cruelty of factory farms, and to catalyze changes in how animals are seen and treated. It’s fueled the modern “health food” movement. And he was the first person to widely publicize the link between what we eat and the future of our planet and our climate.

In this video, you’ll hear John Robbins laying out, in a penetrating and galvanizing fashion, exactly why we need a food revolution – and what, despite it all, still gives him immense hope.

Prepare to be deeply inspired.

What do you think? Did the video inspire you? Why do YOU think we need a food revolution? Post and share below!