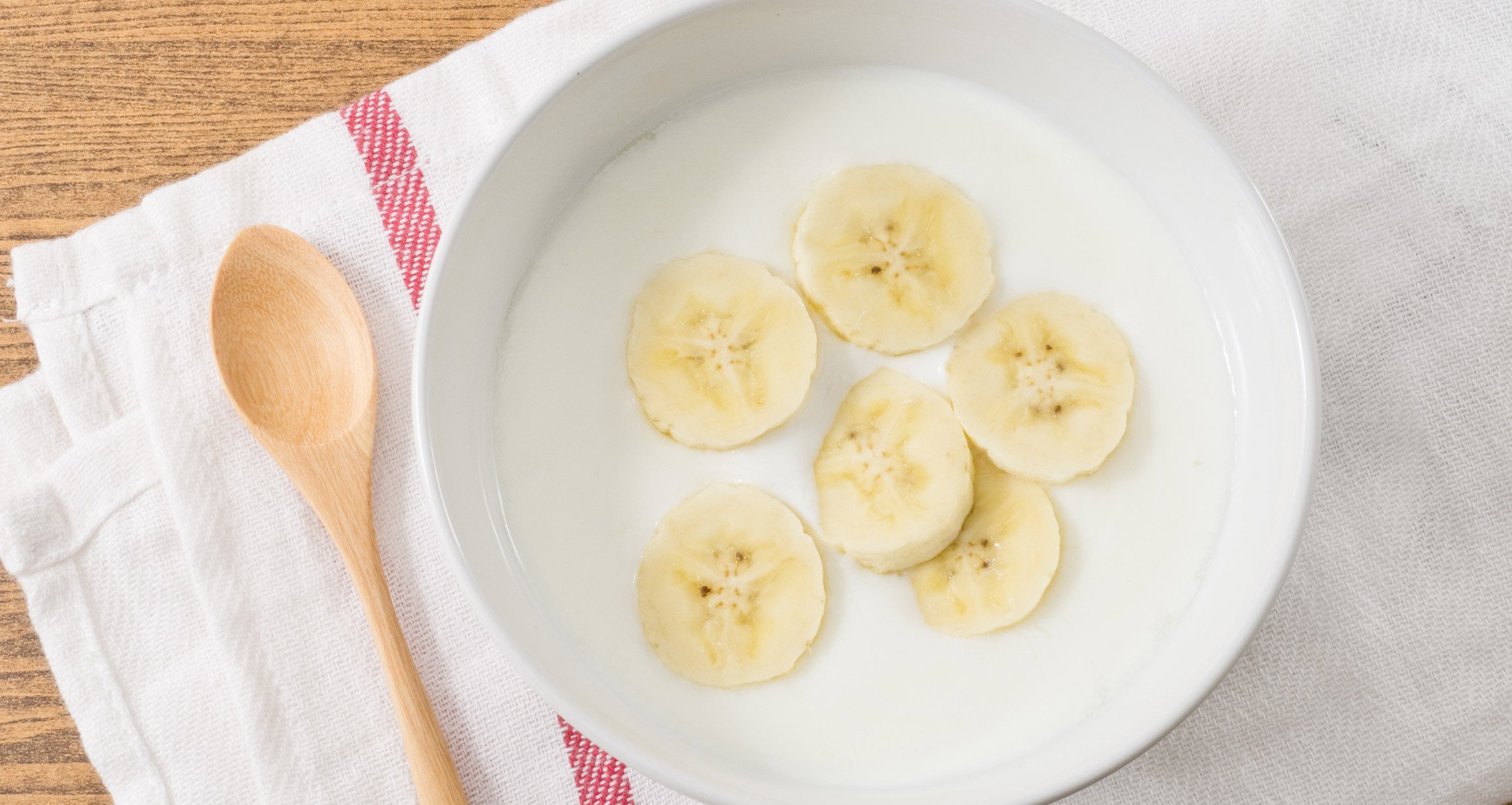 You’ve probably heard of probiotics, but what about prebiotics?

The names may be similar, but they each play different (and complementary) roles for your gut health.

Probiotics and Prebiotics: The Good Guys in Your Gut and the Food that Feeds Them 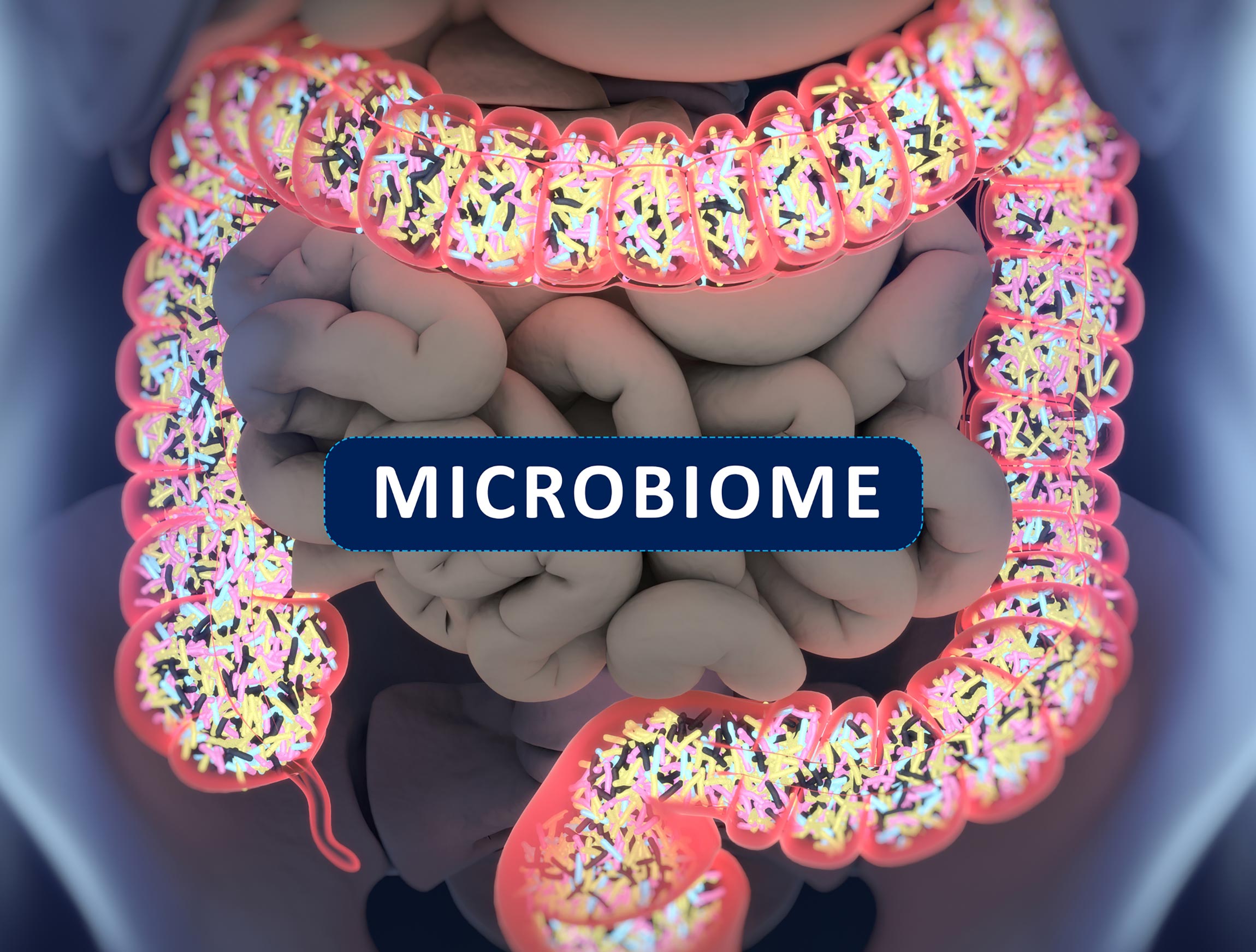 Probiotics are the good bacteria living in your gut. (You have both good and bad bacteria in your body, and a balance is necessary for a healthy gut.)

Probiotics help you in a variety of ways:

Prebiotics are the food for the good bacteria. They come from the non-digestible fiber in certain plant-based foods. With names such as oligosaccharides, galactooligosaccharide, and inulin, they stimulate the growth and activity of your body’s beneficial bacteria (probiotics). All prebiotics are fiber, but not all fiber is prebiotic.

You need both probiotics and prebiotics. They work together to support your microbiome — the community of trillions of bacteria in your body that help it function properly.

It’s a synergistic relationship. Without prebiotics as fuel, probiotics would starve — leaving you open to a host of problems, such as leaky gut, a compromised immune system, and constipation. And with no probiotics around to eat them, prebiotics would be of little value to your gut.

Probiotic Benefits: What These Friendly Bacteria Can Do for You

Some of the health benefits that science is discovering about probiotics include:

Probiotic Foods: Which Foods Are The Best Sources?

Some of the best probiotic foods include:

A couple more food tips: Eating a variety of probiotic foods will help you get the most benefits and the maximum number of probiotic strains.

Also, cooking does reduce or kill the probiotics, but some scientific research is showing that heat-killed probiotics are still beneficial. So while eating probiotic foods raw is best, cooking them doesn’t necessarily mean you won’t get their benefits.

Prebiotic Benefits: What They Can Do for You

Other than serving as nutrition for probiotics, supporting your gut health, and enhancing your immune system — prebiotics have additional benefits when you consume them.

Some of the health benefits of prebiotics include:

Prebiotic Foods: Which Foods Are The Best Sources? 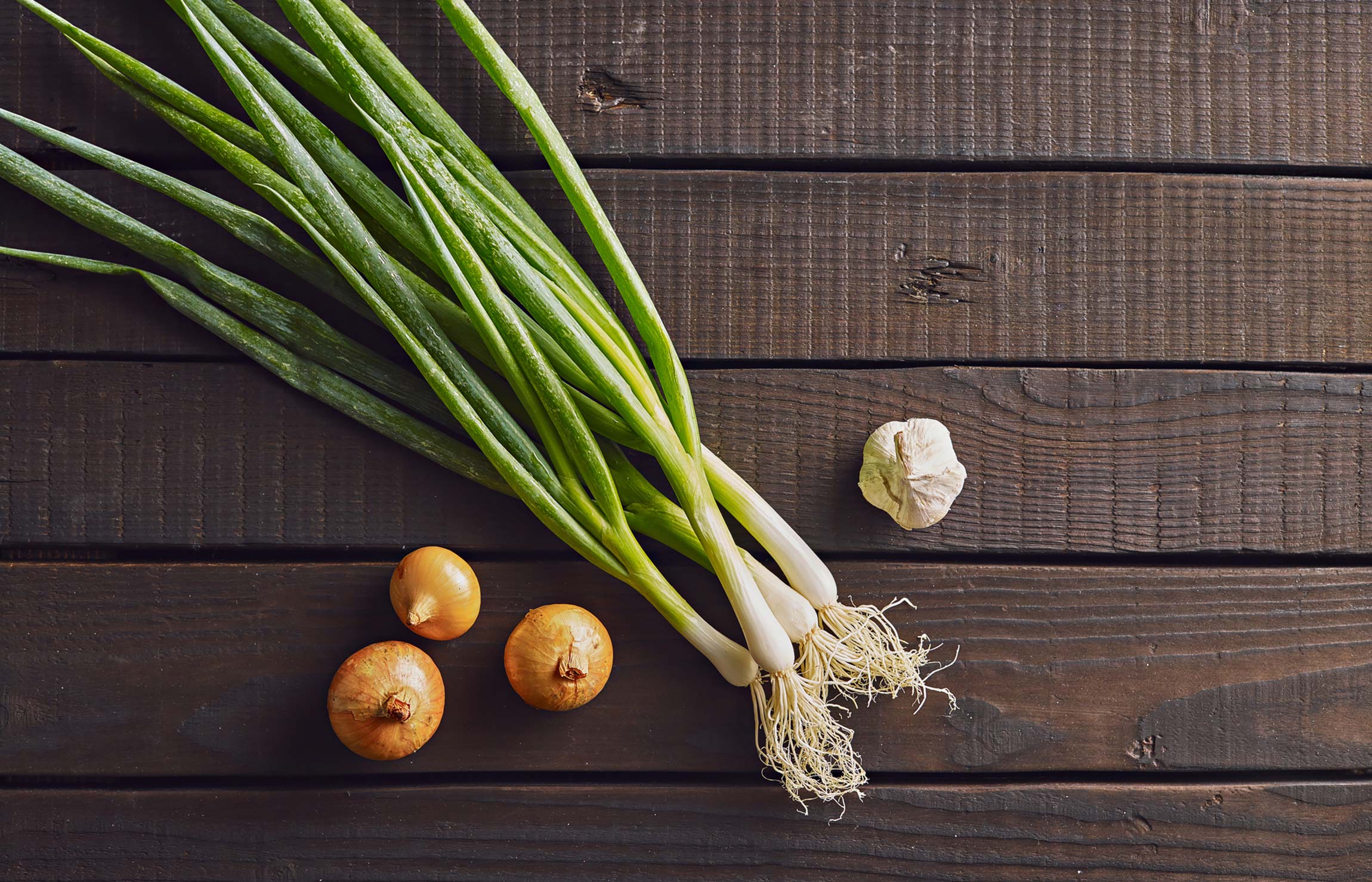 Prebiotics are specific forms of dietary fiber that feed the good bacteria or probiotics.

To keep your probiotics going strong, some of the best prebiotic foods to eat include:

Should You Take Probiotic Supplements?

Do you need to take supplements to get all the probiotics your need?

Food Revolution expert Dr. Joel Fuhrman says: “If you are in good health and are consuming a healthful plant-based diet you don’t necessarily need to take probiotics.”

So, if you’re eating prebiotic and probiotic foods every day that are good for gut health — you may not need a supplement.

Why You Might Want to Take A Probiotic Supplement

You might want to take a probiotic supplement for these reasons:

What to Look for in A Probiotic Supplement

When selecting a probiotic supplement, there are a couple of things you should consider.

First, probiotic options vary widely. According to a 2010 study published in the American Journal of Health-System Pharmacy, there is no consensus on how many microorganisms are necessary to achieve health benefits, but “a probiotic should typically contain several billion microorganisms to increase the chance that adequate gut colonization will occur.”

Colony-forming units (CFU) are the number of active cultures in a probiotic. Try to choose a formula that includes CFUs in the billions. And generally, the more, the better. It’s also good to choose a probiotic with a broad spectrum of strains since they work best as a team.

Remember: You need to refrigerate live probiotics. Shelf-stable (freeze-dried) probiotics do not require refrigeration. However, both will have expiration dates, so be sure to stay aware of that while you’re taking them.

How To Get The Most from Your Probiotic Supplement

You should know that probiotic supplements don’t always work.

In fact, the vast majority of probiotic bacteria are active and effective in the lower portions of the gastrointestinal (GI) tract, which means these bacteria must survive your highly acidic stomach environment. So how can you keep the probiotics intact?

In a 2011 study published in Beneficial Microbes, researchers looked at whether probiotic supplements were better when swallowed on an empty stomach or with a meal.

The researchers found that probiotic bacteria had the highest rates of survival when taken within 30 minutes before or simultaneously with a meal or drink that contained some fat.

Can You Take Prebiotics and Probiotics Together? 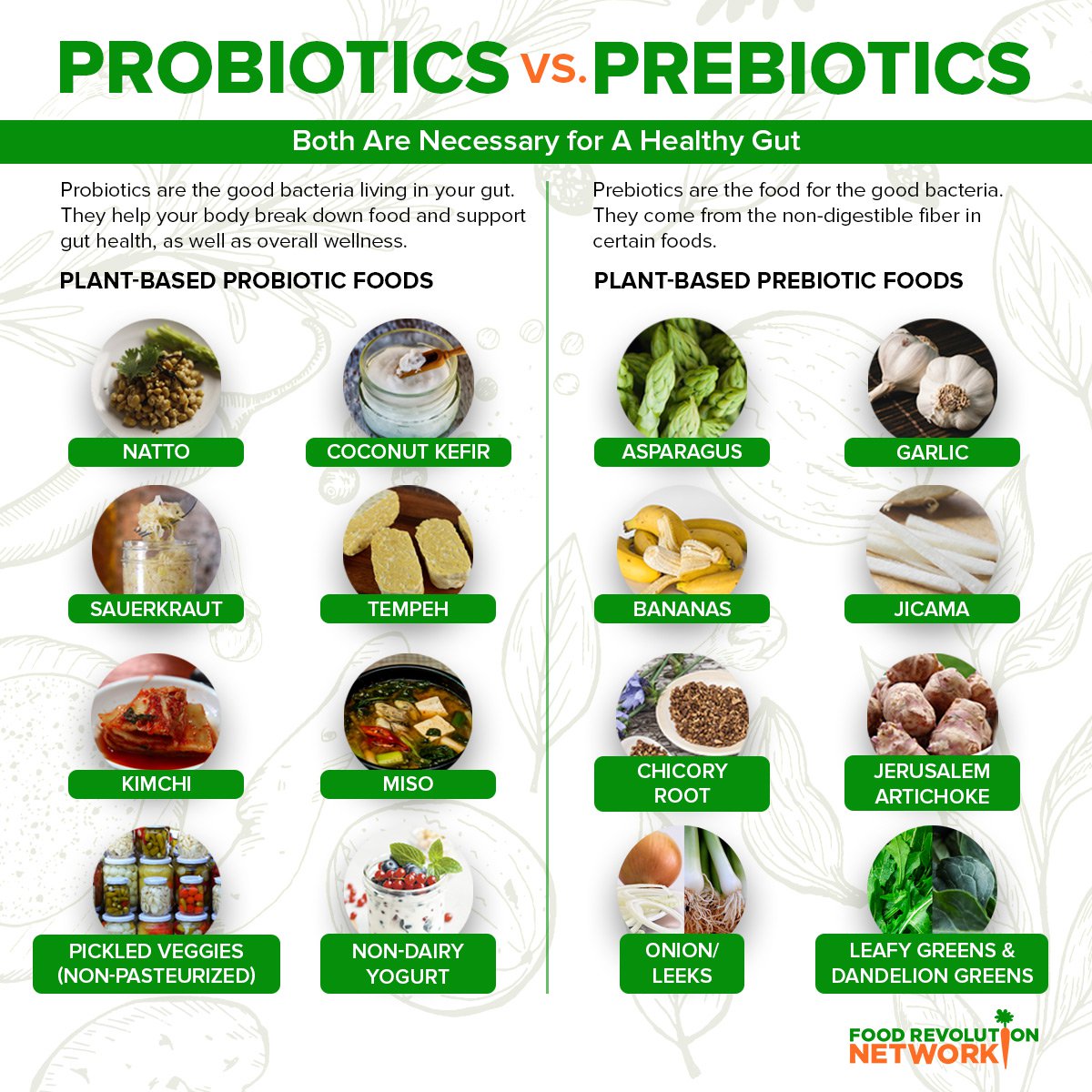 You can eat prebiotic and probiotic foods together or separately, as long as you’re eating a variety of both to reap all the benefits.

But combining probiotic foods and prebiotic foods may be the best way to get all the synergistic effects of these beneficial components. The combination is called synbiotic — a word that was first coined for use in supplements but is also used for food.

For example, to achieve synbiotic eating, you might eat:

Prebiotic and Probiotic Side Effects

Because probiotics work to make your digestive system more effective, some people do notice increased gas and bloating when first increasing consumption. You may want to ease into increasing your probiotic intake slowly and pay attention to any side effects.

There can also be risks for patients with compromised immune systems so you may want to consult with your doctor before starting any supplements.

Otherwise, however, negative effects tend to be rare. A 2016 paper published in the journal Nutrients concluded that both prebiotics and probiotics have a “relatively low capacity to cause adverse effects.”

Both probiotics and prebiotics are essential to the health of your gut, your brain, and your entire body. As you add them to your daily meals, your belly, and your body will thank you for the rest of your life. 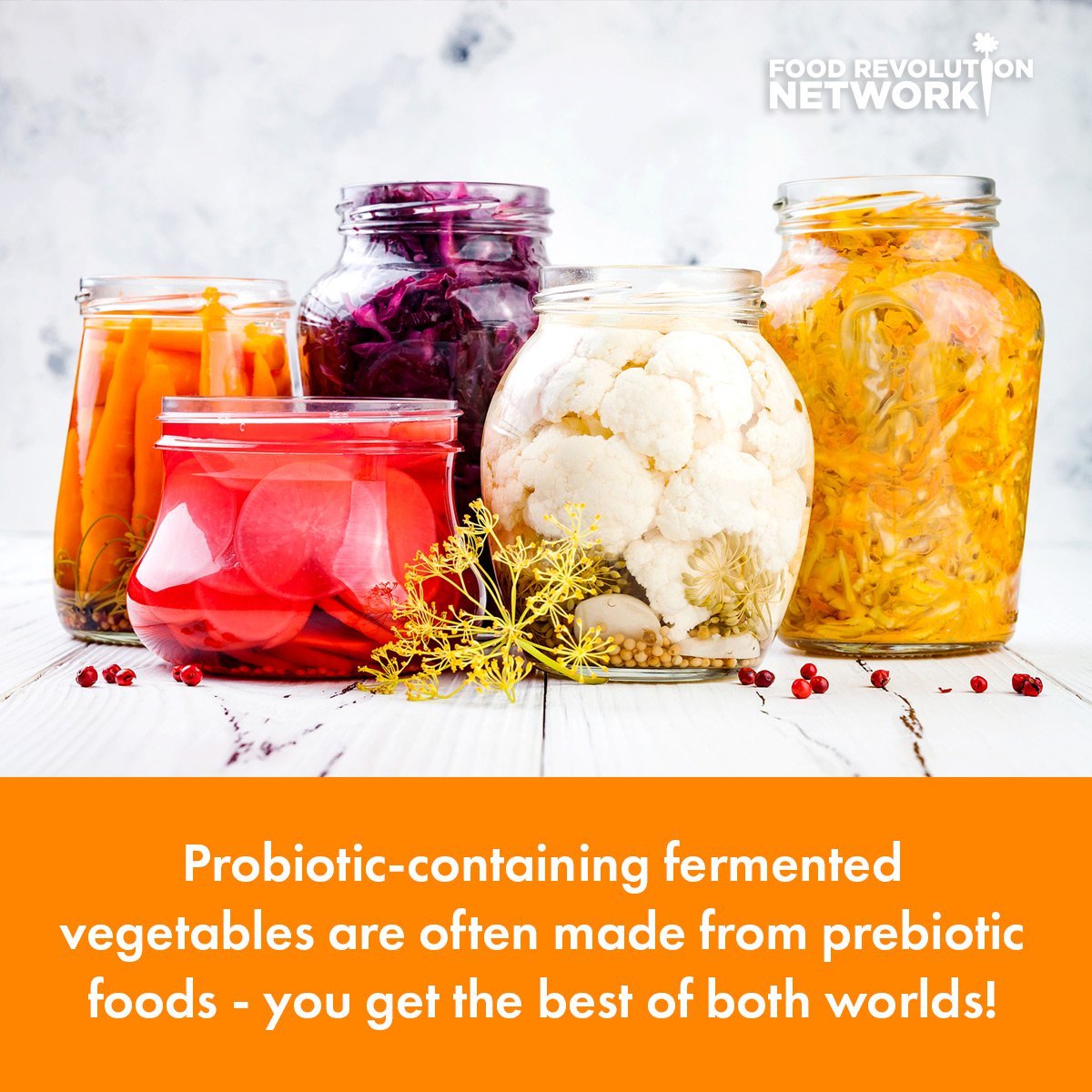 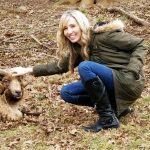