Are Bananas Good for You? 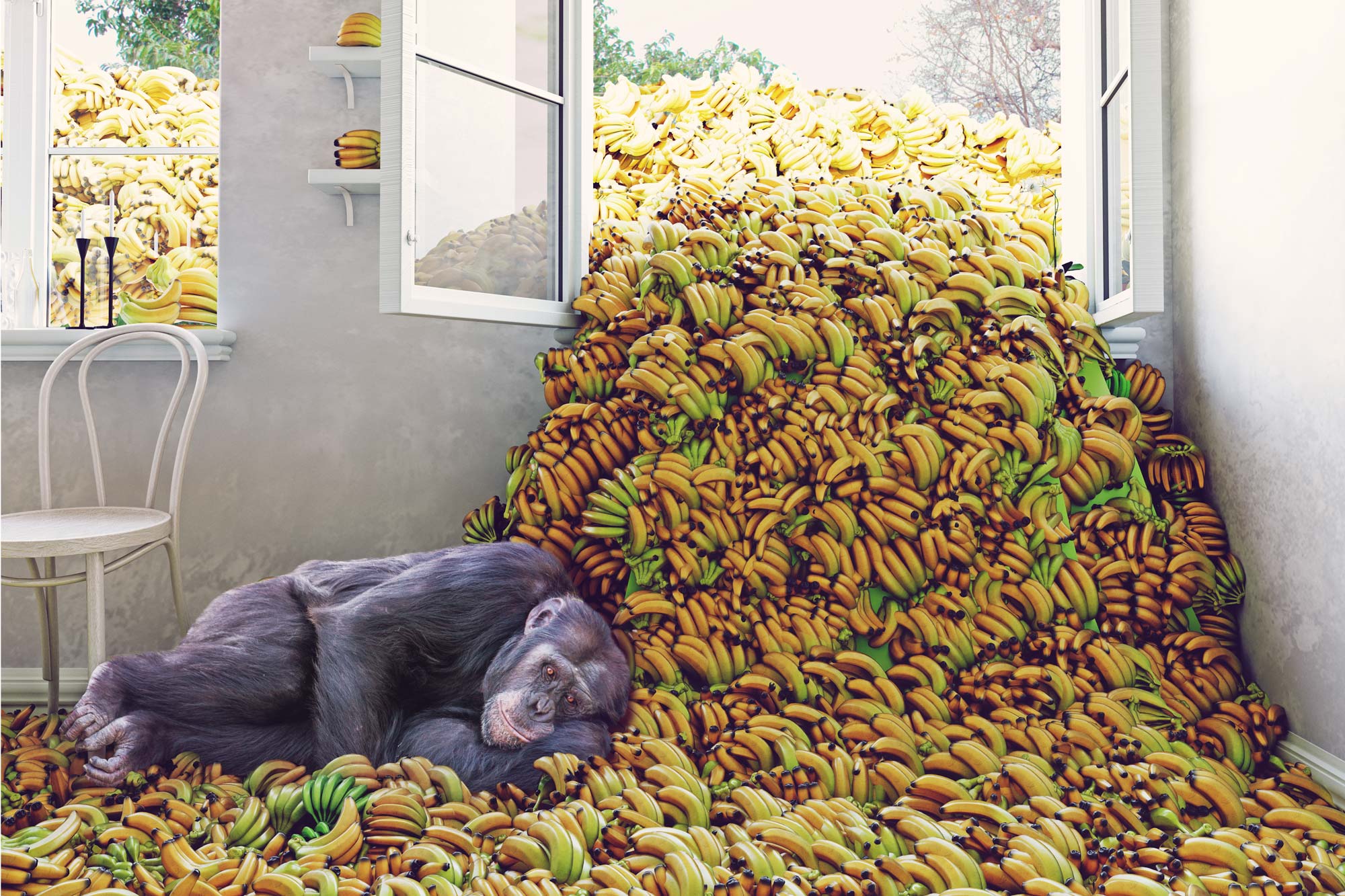 Bananas aren’t just for monkeys. In fact, among humans, they’re one of the most popular fruits in the world — and for a good reason. They’re delicious, inexpensive, and they even come in their own convenient packaging.

But is this delicious fruit good for you? Are they sustainable? And are there any downsides to this beloved fruit, other than the danger of slipping and falling on a peel? And what are some of the best ways to enjoy bananas?

Bananas are the fruit of the Musa acuminata plant. The word “acuminata” means tapering or long-pointed and refers to the flowers, not the fruit itself. Before the banana was called the banana, around the 17th century, it was named “banema” in Guinea.

Bananas originally came from the Indo-Malaysian region, stretching down to northern Australia. Historians guess that people started spreading the wonder of edible bananas in the Mediterranean region in the 3rd century, B.C. It wasn’t until the 10th century, A.D., that bananas are presumed to have first arrived in Europe and began their spread around the globe.

Today, bananas and plantains — a variety of banana that contains less sugar and a large amount of starch, and which are edible only after cooking — are grown in every tropical region. They are the largest fruit crop in the world.

And even though most of us are only familiar with “regular” yellow bananas we find at the grocery store, there are actually hundreds of varieties of this fruit. There are apple bananas, red bananas, orange bananas, silk bananas, and many more. But most of us don’t get the benefit of all this diversity. Nearly all the bananas you’re likely to find at your local store are actually clones of one single cultivar, known as the Cavendish banana.

The yellow bananas most of us have known and loved are actually a mutant strain of plantains. They were accidentally discovered by a Jamaican chef named Jean Francois Poujot in 1836, who began cultivating the sweet yellow bananas after discovering one of his plantain varieties had mutated.

Bananas are full of nutrients. They’re especially high in vitamins and minerals such as potassium, vitamin C, vitamin B6, and magnesium.

They are also a good source of fiber, a nutrient that most people lack in their diet.

An average medium-sized banana has the following nutritional profile:

An average banana also contains around 14 grams of sugar. However, it’s important to note that these are natural sugars, not added sugars like those found in baked goods and packaged snack foods. Because fruit sugars are bound up in fibrous cell walls and contain water, so they don’t have the same blood glucose level impact that processed sugars do. And in addition to those 14 grams of natural sugars, that average banana’s three grams of fiber help prevent spikes in your blood sugar when you eat it.

Bananas have been the subject of many studies evaluating their potential health benefits — particularly studies looking at the minerals of which they are a rich source. Some of the most well-researched potential benefits of bananas include:

1. May be protective for heart health.

A large body of research tells us that low levels of potassium in your body have a strong correlation to the risk of higher blood pressure. But the good news is that getting enough potassium — by eating potassium-rich foods — can help maintain your blood pressure at healthy levels. Potassium may also protect blood vessels from thickening and becoming damaged from atherosclerosis. And bananas are one of the most potassium-rich foods in the human diet.

They are also a good source of magnesium, a mineral known to play a role in heart health. Research indicates that magnesium deficiency correlates with high blood pressure and high levels of blood fats, for example.

You’ll also find antioxidants like catechins and dopamine in bananas, which have been studied for their potential to lower heart disease risk.

Research suggests that a diet rich in potassium-containing foods (like bananas) may help you sleep better. A 2018 study published in Hypertension Research found that individuals who had less potassium in their blood experienced sleep patterns that were more disturbed and less restful.

This fruit is also abundant in magnesium and vitamin B6, which can both aid in calming your mind and promoting restful sleep. Between the potassium, magnesium, tryptophan, melatonin, and B6 in bananas, there’s good reason to believe they can help you enjoy a good night’s sleep.

A 2011 study conducted among 34 overweight but otherwise healthy women, found that incorporating bananas daily could improve gastrointestinal health. The women were divided into three groups in which they received either one banana, one banana-flavored drink, or one cup of water in the control group. The participants assigned to the banana group experienced significantly less bloating and slightly increased levels of bifidobacteria — “good” bacteria in your gut that are often used in probiotics — in their stool.

Furthermore, bananas contain two main types of fiber: pectin and resistant starch. While starch is most concentrated in green and unripe bananas, pectin increases as bananas ripen. Some research indicates that pectin may be protective when it comes to colon cancer, and that resistant starch helps to feed the “good” bacteria in your gut.

While there aren’t a lot of studies on the relationship between banana consumption and weight loss, they do offer characteristics that are known to support a healthy weight.

Bananas are low in calories, coming in at around 100 calories on average. They’re high in fiber, a nutrient that helps you feel fuller longer between meals and may help prevent overeating. The resistant starch in bananas may especially help keep your appetite at bay. And, as you’ll have discovered if you’ve ever blended or mashed a banana and seen its volume decrease significantly, bananas actually contain a lot of air, which may also stimulate that “full” feeling.

Evidence shows that potassium-rich diets can have protective effects on bone health. Although the actual reason for this is still up for debate, many researchers think it’s because potassium prevents calcium resorption.

6. May have anticancer properties.

Bananas are a rich source of lectins, carbohydrate-binding proteins that have been studied for their potential ability to kill cancer cells. (There are a few authors today who warn against lectins, but such warnings are mostly misguided.)

One study published in the journal Molecules in 2014 specifically examined lectins in bananas. The authors reported that lectins have the potential for suppressing cancer cell proliferation.

While bananas have a lot of potential benefits to offer, there are also a few downsides to be aware of.

The bottom line: As with all things, listen to your own body. One or two bananas daily is fine for your potassium levels. And if bananas give you headaches, you might want to cut down or eliminate them from your diet.

Large-scale commercial banana production impacts the environment in some concerning ways, including:

The bottom line: Get organic bananas whenever possible because organic banana farming avoids the use of synthetic pesticides and tends to be more sustainable.

There are also some social and economic considerations to make when consuming bananas:

The bottom line: Get fairtrade bananas whenever you can. Bananas carrying this mark have are produced in ways and locations that meet social, environmental, and economic standards that support workers’ rights and contribute to a healthy, ethical, and sustainable world.

How to Store Bananas Properly

Even though bananas come with their own convenient packaging, there are still certain conditions in which they’re best stored.

Here are some things to keep in mind when you bring your bananas home:

Did you know that you can actually eat bananas in their entirety — including the peel?

As it turns out, the banana peel is rich in nutrients like potassium, fiber, essential amino acids, polyunsaturated fats, and antioxidants. But keep in mind that many commercial bananas are contaminated with large amounts of pesticides, so if you plan to eat banana peel, this is a very good reason to make sure it’s organic.

Here are some fun and different ways to eat bananas that can be enjoyable for the whole family:

If you choose to eat the banana peel, be sure to wash it first and remove the stem. You can throw it into smoothies or eat it raw if you like. Some people enjoy boiled banana peels.

Here are some recipes that use bananas in creative ways:

Chocolate Crepes with Banana by ElaVegan

Yum! This easy recipe rolls whole bananas in a tasty chocolate crepe drizzled with a peanut butter spread that’s perfect as a snack, breakfast, or even a dessert. 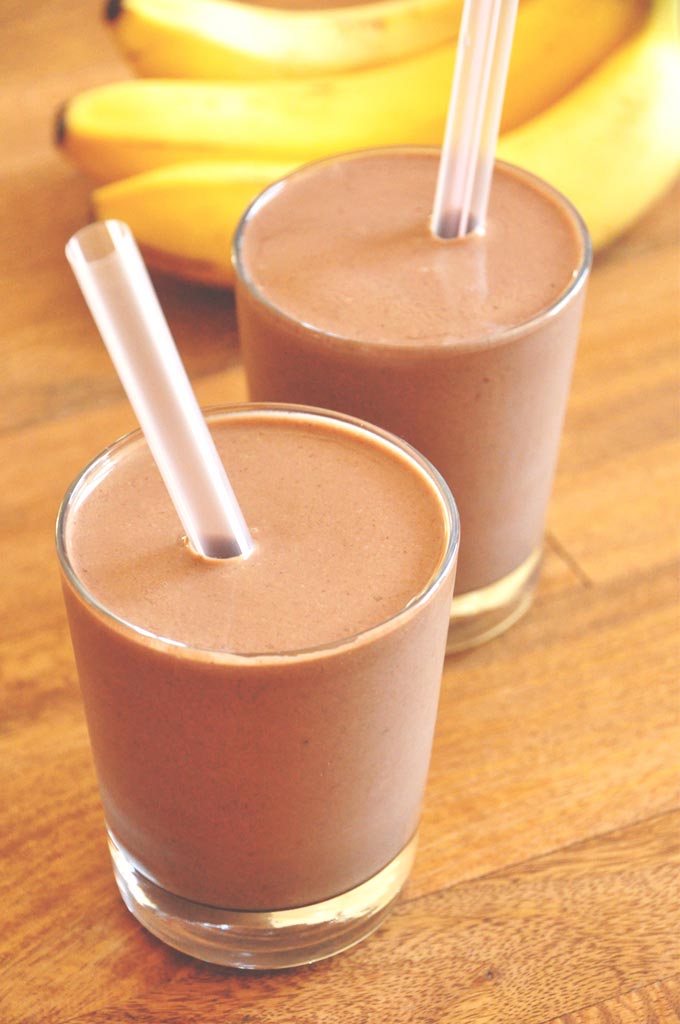 Smoothies are fantastic vehicles for nutrition, and this recipe is no different. It combines bananas, strawberries, and spinach with almond milk, almond butter, and flaxseed meal, resulting in a creamy and satisfying drink. 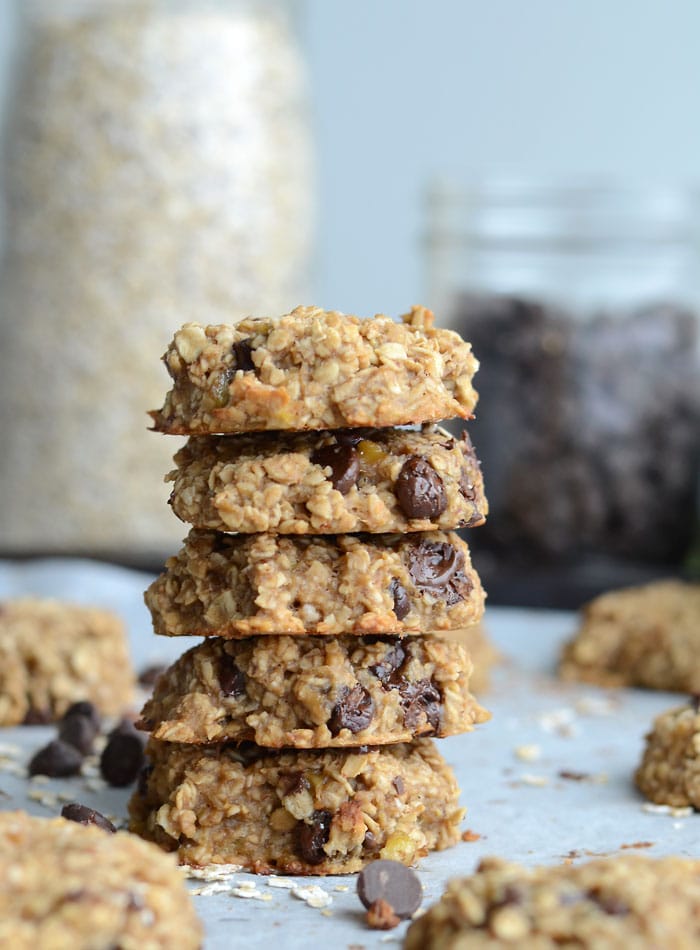 Did you know mashed bananas can replace eggs in baked goods like cookies? This recipe is even more impressive in that it only requires bananas, oats, and peanut butter, with some tasty add-ins for more flavor and texture. 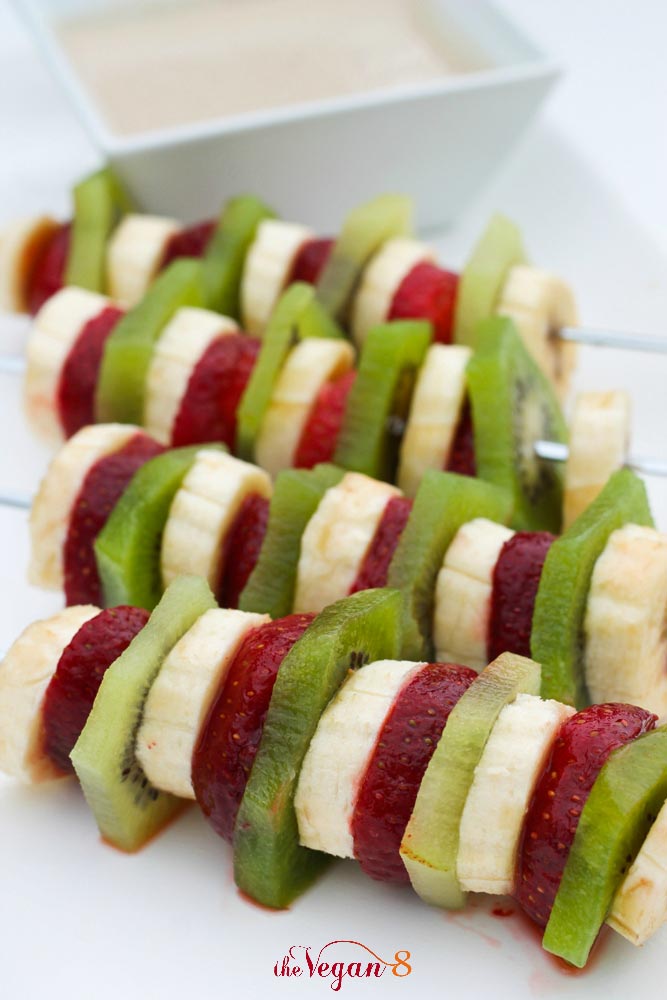 Fruit Salad Kabobs by The Vegan 8

Sometimes presenting fruit in a creative way can make all the difference. This recipe layers sliced bananas with other delicious fruit to make kabobs with a delectable chocolate sunflower dip. 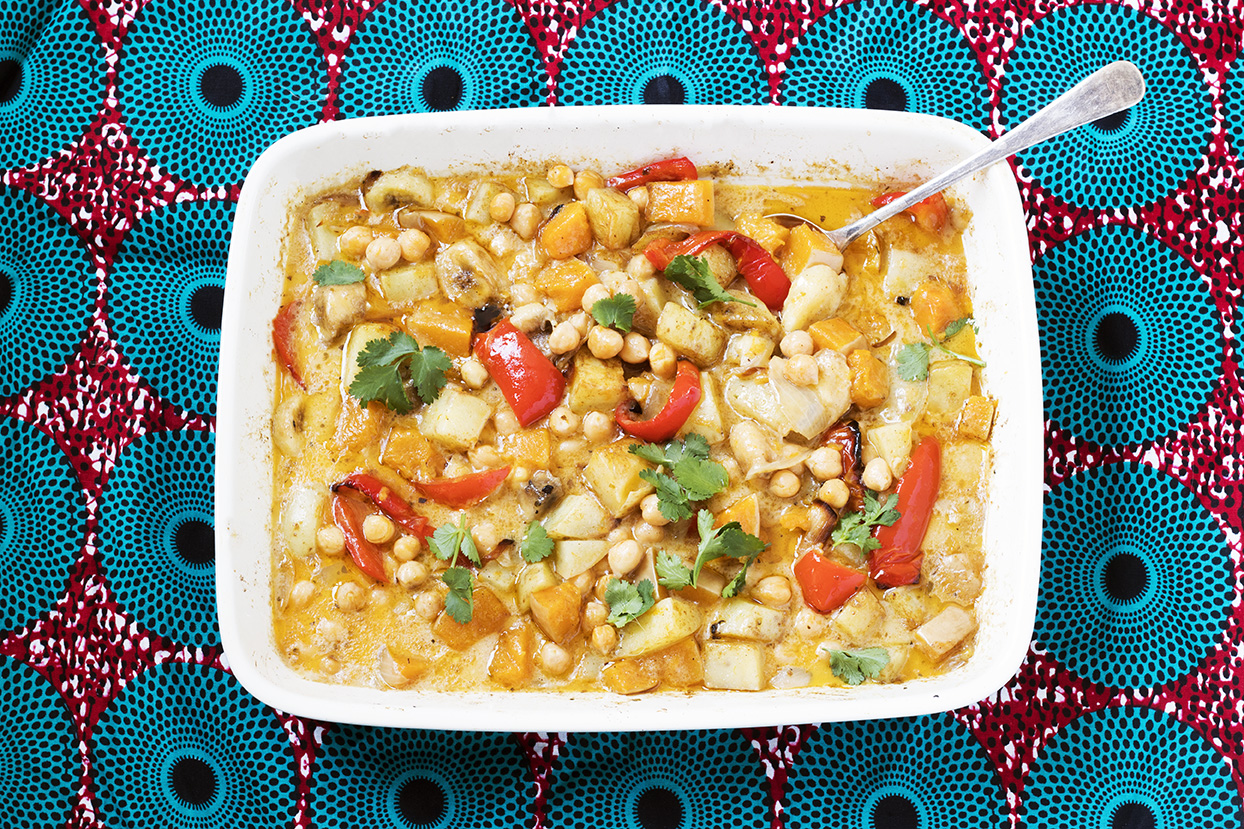 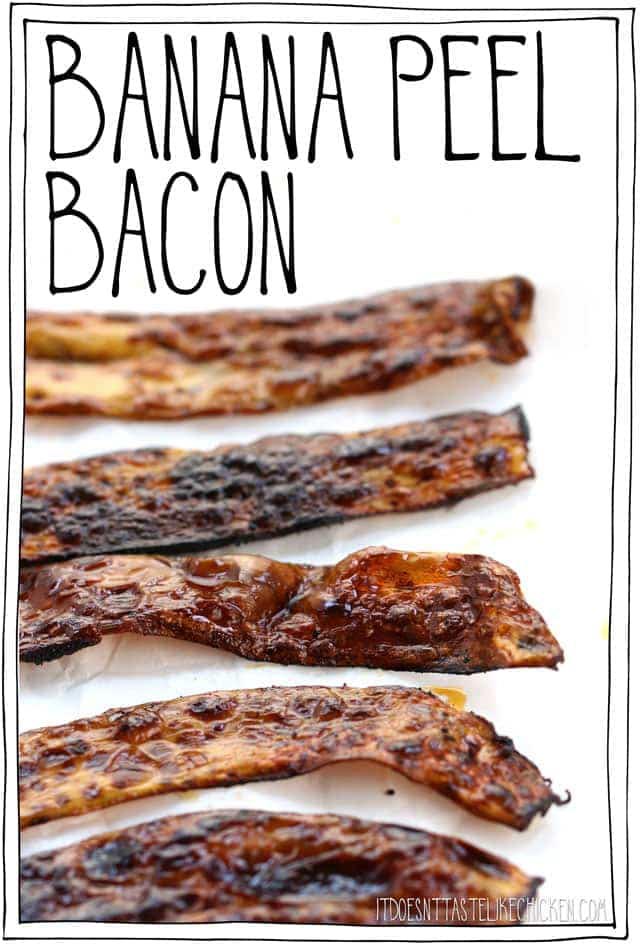 Banana Peel Bacon by It Doesn’t Taste Like Chicken

You may have heard of plant-based bacon made from tempeh or seitan, but what about banana peels? This is an intriguing recipe that flavors the peels with soy sauce, maple syrup, paprika, and garlic.

So are Bananas Good for You?

Bananas are, without a doubt, one of the most well-known and widely consumed fruits around the world. Not only are they nutritious, but eating them appears to be good for your heart, your digestive system, your waistline, and even your sleep patterns. But commercial banana plantations aren’t known for treating workers well and are often high in pesticide contamination and bad for the environment. So if you’re going to enjoy bananas, fair trade and organically grown are especially important. And bananas can be used in some creative and fun ways, in everything from smoothies to desserts to savory entrees — peel and all!

All About Magnesium: Health Benefits, Risks, & Magnesium-Rich Foods You Should Know About

7 Veggie Burger Recipes to Enjoy for a Plant-Powered Cookout