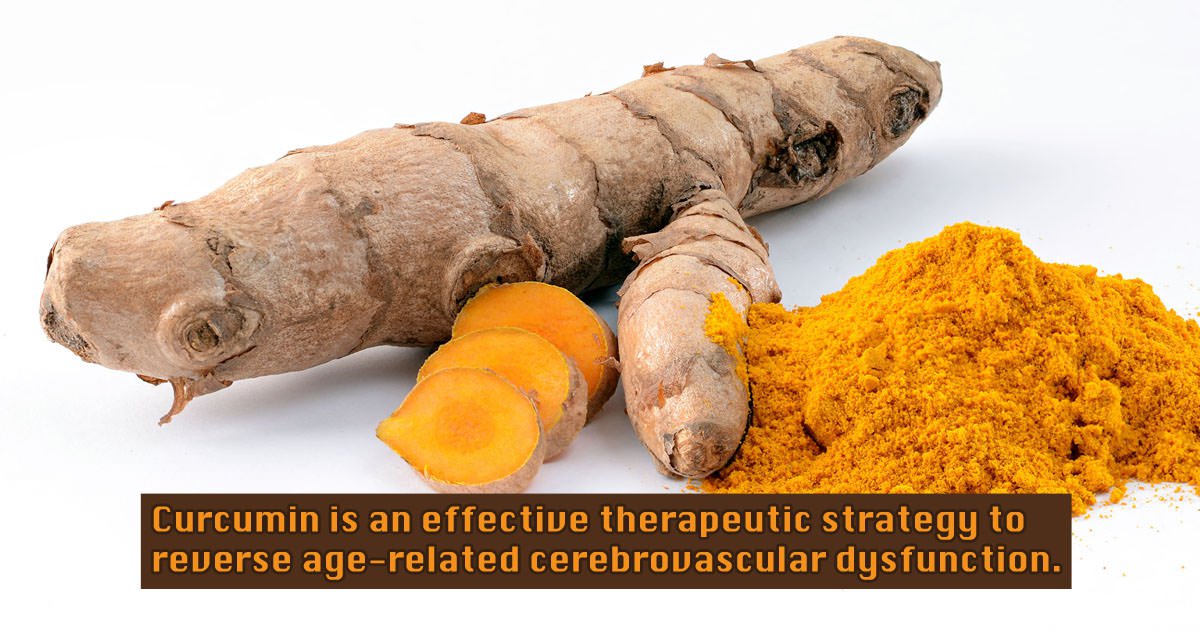 A promising new study published in Cellular Physiology and Biochemistry titled, “Dietary Curcumin Ameliorates Aging-Related Cerebrovascular Dysfunction through the AMPK/Uncoupling Protein 2 Pathway,”[i] reveals the primary polyphenol in turmeric known as curcumin (which gives it its golden hue) may provide what the study authors describe as an “effective therapeutic strategy to reverse age-related cerebrovascular dysfunction.”

Age-related cerebrovascular dysfunction is occurring on an epidemic scale in Western countries and include, “stroke, cerebral amyloid angiopathy, cognitive decline and neurodegenerative diseases.” Presently, very few if any conventional medical interventions are capable of providing effective solutions, and none have been found to reverse underlying pathologies in conditions whose trajectories are generally characterized as ‘incurable.’ All the more reason why the new study holds so much promise in providing an evidence-based natural solution that is safe, effective, affordable and easily accessible as a familiar food ingredient.

The study was conducted using a rat model. 24-month old male rodents were given dietary curcumin (.2%), with young control rodents 6-months of age. After one month of curcumin treatment, the researchers observed a ‘remarkable restoration’ of the impaired cerebrovascular endothelium-dependent vasorelaxation (i.e. the ability of the blood vessels to naturally relax) in the aging rats. They observed three distinct ‘molecular’ ameliorative effects:

The authors summarized their findings as follows:

A Massive Body of Research On Curcumin’s Brain Protective Properties

GreenMedInfo.com houses a database of 1597 abstracts from the National Library of Medicine on the health value of turmeric and/or curcumin in over 600 health conditions. View them all here: turmeric health benefits.  Of the 177 distinct beneficial physiological actions documented within this literature, 114 of them concern the spice’s neuroprotective properties. View them here: neuroprotective properties of turmeric.

While this latest study, and most of the research on our turmeric database is preclinical, there are reports of turmeric causing significant improvements in cerebrovascular dysfunction diseases such as Alzheimer’s. In a previous article titled, “Turmeric Produces ‘Remarkable’ Recovery in Alzheimer’s Patients,” we reported on the ability of turmeric to produce dramatic improvement in patients suffering from behavioral and psychological symptoms of dementia.

As we discussed in the article, other documented Anti-Alzheimer’s disease mechanisms of turmeric include:

Turmeric, of course, is not the only natural substance that has been proven to have value in neurodegenerative conditions.  For those looking for additional research on food and spice-based natural alternatives that are evidence based, here are additional substances that may be of value: